A big part of the party this weekend and for the whole Rome Independent Film Fest were Jason and Bruce. Writer/Director and Producer repectively of “A New Wave” a bank heist caper film that had its world premiere in Rome. These guys were awesome. I mean look at ‘em. 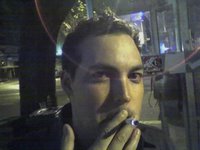 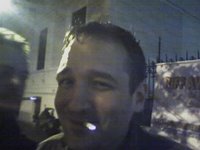 Sure we were well into running the RIFF closing gala with our hot drunken dance party, (as you can tell by the fact that both non-smokers are smoking) but you get the idea.

We charged through the party right to the finish line, powered by limoncello and sponsored by a hearty dose of Fitty Cent on the sound system.

Yes, in fact we did party like it was your birthday.