A proper start to the new year 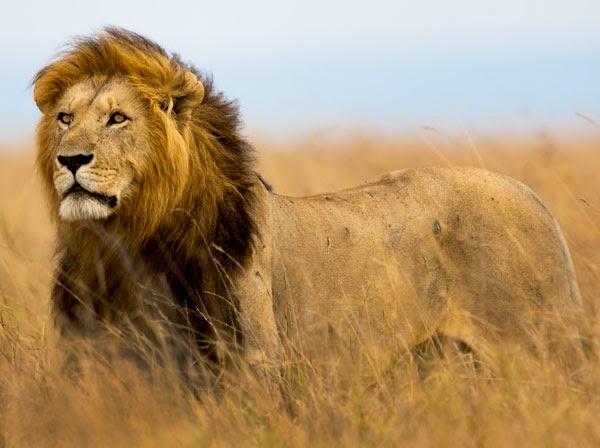 This post originally appeared on Alexander and James. When you’re done here, head there and have a read, and buy some spirits while you’re there.

January comes in like a lion. As do many people; marching at full stride, prideful, brimming with best intentions. Only to have that energy peter out surprisingly quickly, like pound store batteries.

Make no mistake about it: in the direction of bravado and absolutism lies only disappointment. The good news is, there is another, better way.

Rather than good intentions and overweening ambition, the smarter way to proceed into the new year is, like one of those stacked-up rock sculptures you sometimes see while hiking, thoughtful and well-balanced.

Best feet forward
So take in the new year not like the fictional lion of lore, but the actual lion: the one that spends the major part of each day lounging around, luxuriating in its majestic mane, and being prepared to tackle a day, but only if absolutely necessary. Some might call it laziness, but the lions themselves prefer to think of it as ‘energy conservation’.

Because the king of the jungle knows that the most important part of training is saving your energy for when it’s actually needed. And in January, full-scale exertion just isn’t required. Better off pacing yourself. There are eleven more months to follow in the year. Slow down there, ace.

Say no to kneejerks
The temptation to turn your back on your holiday indulgences, and plow into a guilt-fuelled fitness routine can be strong. However now, more than at any other month, it’s important to push back on kneejerk reactions. Show yourself to be immune to the capricious calendar. Here are some easy actions you can take to make the transition smooth.

Step one: grow a moustache. There’s something quite honourable about growing one in Movember (not least because if you ‘stache up then you should also be raising money for prostate research).

But to bristle your upper lip in January shows that you’re master of both your calendar and your facial furniture. (Make sure that while cultivating that lip foliage you’re also donating some money to a worthy cause, because otherwise growing a moustache just seems selfish. So select one or more of any number of good causes and make a sizeable donation).

If you’re not a moustache grower – because you’re a woman or a child – get yourself a pocket watch. It serves roughly the same purpose. 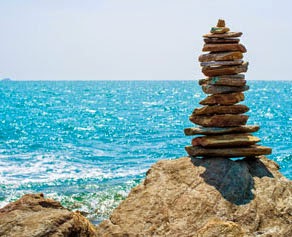 Now you’re well on your way to a bright new year with a stylish new mustache, and you’ve literally put your money where your upper lip is and helped out some people who need it. Congratulations: you’re ready for step two.

(If you’re not a mustache grower – because you’re a woman or a child – get yourself a pocket watch. It serves roughly the same purpose).

Ain’t no party like a January party
Second step: To defiantly reject penance mode requires an ostentatious gesture. So throw a large party early in January. Ideally, it will be a relaxed affair: a dinner party, with understated bossa nova music in the background, a small selection of fine cocktails, and 60 or so of your closest acquaintances, dressed to the peak of their January ability.

If nothing else, it’s an opportunity to change out of the track suit bottoms you’d otherwise be wearing for the entire month.

Third step: in terms of exercise, rather than trying to sprint into an exercise regimen that you will have trouble following for the rest of the year, adopt an exercise programme that you can believe in. The answer is as plain as the tea strainer growing under your nose: sprinting.

Jogging is all well and good for wimps and babies. But what real athletes and actual lions know, is that the exercise that will serve you best in a real-life emergency, is sprinting. Jogging is pointless; there has literally never in all of history been a pressingly dangerous situation where the solution was to slowly jog away from the peril.

Start with short distances (the width of your living room or office), and work up incrementally to the point where you can sprint for a mile. Good cardio that doesn’t take up a lot of time and is useful in an emergency? Yes, it is possible.

Your hobby options
You’re already cresting the wave of 2015, and it’s only just begun. Not as hard as you thought. is it? There’s only one more thing you can do to keep abreast of this chronological twist around the sun.

Step four: cultivate a hobby. People who exercise a lot are bores, all they do is talk about exercising. So especially now that you’re sprinting regularly, you need an edifying diversion.

These activities don’t have much in common: except that they all require some manual dexterity and each one will give you something to talk about at your January Party (other than how your sprinting practice is going).

Choose wisely, for the one you select must blossom into a lifetime of dedication. But for now, just follow your instincts.

That’s what a lion would do. 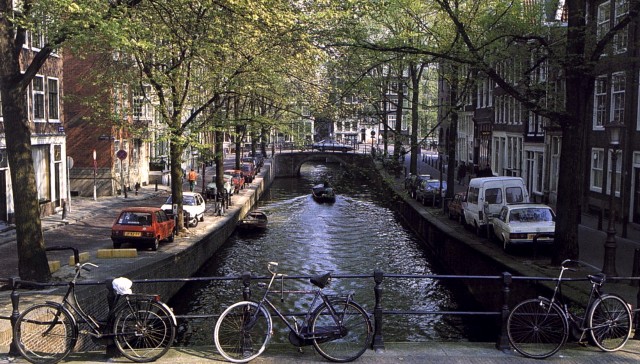 The first few days in Amsterdam