Origins of a storyteller: tour guiding in Rome 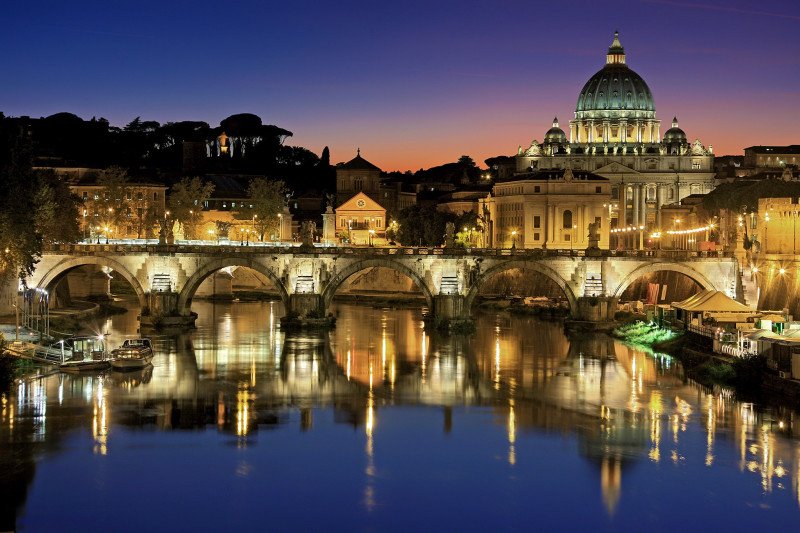 Rome and the Tiber at night. PHOTO: Julius Silver / Pexels

Many years ago, I arrived in Rome on a one-way ticket without much (any) idea of what I was going to do there. Of course, I moved there for love, but that doesn’t really constitute a “plan”.

After some pretty sustained culture shock and multiple rejections, I eventually found work in a field that would have a huge influence on my life: tour guiding. I say a huge influence not because I did any more tour guiding after that two-year stint in Rome. It had a big impact on me because it turned me into a storyteller.

Telling stories for a living

As a tour guide in Rome, it was my job to learn all the facts and the dates and details about artwork and monuments, from minor pieces in the Vatican Museum to the thematic significance of the wildly Baroque Trevi Fountain. But those details and dates were only the ingredients, not the meal itself. The true main course that I was serving was the story of the Eternal City. Or to be more accurate: the stories – plural – that make Rome so unique and so captivating.

And so, I honed my craft. I strayed from the five or so main stories of the St Peter’s Basilica tour and began adding my own touches. I learned new stories, details, and angles. Steadily I improved.

And I expanded my range, through the Vatican Museum, the piazzas and fountains in the historical center, the forum and the colosseum. I hoovered up history books, spent my off hours exploring new angles. And giving more tours, telling more stories. I learned what got tourists leaning in and laughing, and what had their eyes glazing over. I didn’t just get better, I got good.

I walked among the art, the monuments, the ruins. I downed espressos, spoke broken Italian, dodged mopeds. And I inhaled information and exhaled stories.

I metabolized the history and myths. I walked among the art, the monuments, the ruins. I downed espressos, spoke broken Italian, dodged mopeds. And I inhaled information and exhaled stories.

My time as a tour guide in Rome was one of my favorite periods of my life.

That’s of course because it was full of delicious espressos, captivating history and thrillingly uncertain employment. But most of all, I look back on my time in Rome as a professional tour guide/storyteller with such fondness because of how it shaped me. 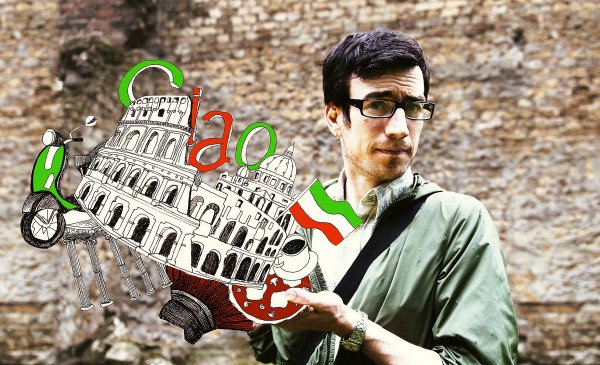 The genesis of Roman Around

Some years later, while living in London and doing a Master’s degree in Professional Writing, I took a solo storytelling show, Roman Around, based on my time as a tour guide in Rome, up to the Edinburgh Fringe. It took time to build, but by the end of my run it was standing room only and the laughter and applause were really rolling.

I wrote my Master’s dissertation on the experience of producing that show. And the show itself was a distillation and an evolution of the storytelling chops that I honed on the vias and piazzas of Rome. My journey that began as a tour guide in Rome continued as a theatrical storyteller.

Since then I’ve continued learning and growing as a creative and as a performer. That’s why I teach storytelling. That’s why I teach public speaking. Part of that evolution is the latest courses I’ve created, drawing on personal experience, best practice, and years of teaching writing, improv and storytelling in a variety of contexts.