A lot of people have been asking me if I’m excited about heading back to Vancouver to play for the Canucks. I would be, if I were doing so.

My my name is Ryan Millar, and even though I love hockey (and am a Canucks fan through and through) I am not an elite goaltender with twelve years of experience playing hockey at the highest level.

The Ryan Milla(e)r legion
There are a few other Ryan Millers (and Ryan Millars) out there, all of whom I am not. So I thought I’d just let people know who is who.

Ryan Miller – This guy is a singer/songwriter. And a good one too. He’s contributed soundtracks for a couple of films, and even co-wrote a movie. 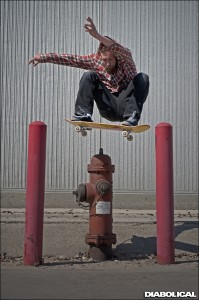 No relation (although in a strange coincidence I met the mother of a friend of his in Las Vegas recently).

Hockey fan, former skateboarder, music lover, indifferent to volleyball, respectful of medical professionals. And proud to be a Ryan Millar.