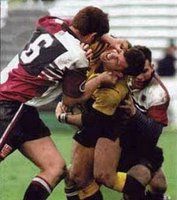 I watched my first rugby match this afternoon, part of the 6 Nations Cup. People in the UK and Ireland love rugby. Particularly the ones who travelled to Rome to watch some of the games live. 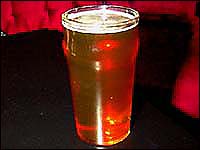 The rest of the time they were in Rome was spent getting really really drunk, really really early. This was accomplished by sucking down pint after pint in rapid succession. In limited circumstances this is a supportable endeavour, but I don’t think this is limited circumstances. And when they get drunk, British soccer moms or not, they all sing loud boorish songs.
All of this is ok, in fact I could probably get into it, and know I have before, but having to share a pub with these louts on Sunday reminded me that i forgot to hate the loud, middle-aged British travellers. I’ve been so busy rolling my eyes at the young American college students, i’ve forgotten that their greatest allies have the closest behaviour patterns. It’s just a little less horny and a little more sing-sweary.
At any rate the rugby was cool. I was cheering for Wales (being half Welsh), everyone else was cheering for Scotland and singing rude songs about the Welsh. This certainly influenced my above observations. But the rugby was violently delicious. It’s like American football without all the boring waiting between plays or the sissy padding. And the Welsh beat those dirty Scots 28-14.