Cupcakes were in the house! 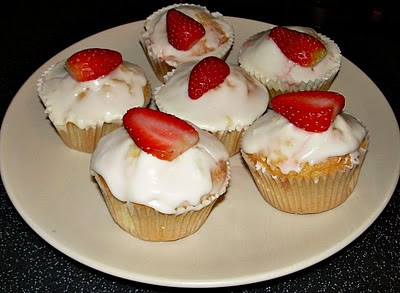 I made cupcakes yesterday. That’s them in the photo.

This is significant for the following reasons:

1. I’ve never baked before. But despite this lack of experience:
2. They are delicious.

I may not do much else other than baking cupcakes for the next little while, because there’s something intensely satisfying about seeing a bunch of stuff you mixed together in a bowl become delicious cupcakes.

So delicious in fact, that, sooner rather than later, I may have to get back at the baking to bake some more. Because we’ve already eaten the whole lot, except for one.

And I don’t like the chances of that one lasting much beyond the next half hour.

CUPCAKE UPDATE: Turns out I can also bake chocolate cupcakes! Even if it involves me freestyling on the recipe they’ll come out delish. 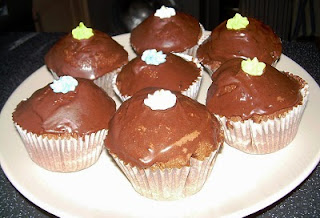 Here’s a catchy little song about a man with a great mustache and his intense longing for a cupcake.