“If in the first act you have hung a pistol on the wall, then in the following one it should be fired. Otherwise don’t put it there.” – Anton Chekhov

Chekhov’s gun is actually a principle. And it says you should use what you have, otherwise, don’t bother introducing it. In drama this creates a sense of continuity. For example, let’s say there’s a scene where one of the characters mentions that they were an Eagle Scout. It’s useful character information, as it tells us about the person. But you can also be sure, if the show is well-written, that the knowledge this person gained in Eagle Scouts will become useful.

Chekhov’s gun will quite often literally be a gun, though it could be anything: a pill bottle, a jigsaw puzzle, a fireplace poker… etc.

It’s a matter or dramatic satisfaction, and also a matter of economy: introducing things that have no place is a waste of time.

However, if those things return later? Then not only do they have a place: because those elements are already familiar to the audience, they create a stronger sense of narrative satisfaction.

It is true in drama (where Chekhov’s Gun is an established principle.) It is also true in improv.

If two players are improvising a scene where they are snowbound in a mountain cabin, and they start composing a letter which they throw out the window. Well, that act will probably figure into their eventual escape. Who knows how, but that letter becomes a loaded Chekhov’s gun. So don’t ignore it.

If this seems simply like an esoteric yet interesting dramatic truism, you should be aware that this principle also works in conversation. 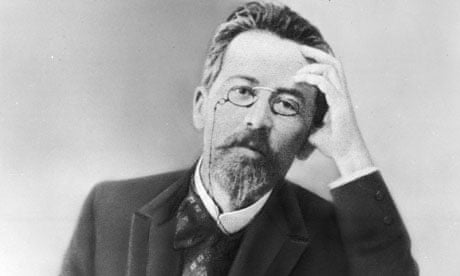 FACT: His gun is really famous, but he may never have actually owned one.

No gun, no shooting

I’m currently doing some Interpersonal Improv (yes, this is a brand new field that I’m working in/creating). my first client is a guy who needs some coaching on talking to strangers (females especially).

I noticed that in some of our role plays he introduces conversational elements that come out of nowhere – certainly not out of the conversation. They aren’t exactly pick-up lines, but they feel forced, and never work.

I thought about why not, and I realised: because they are the converse of Chekhov’s gun: they are the Ungun Principle.

“If in the first act there’s no pistol hanging on the wall, then you can’t just pull one out and fire it in the second half. It doesn’t make any sense.” – Ryan Millar

Though I didn’t express it in this way, the idea of pursuing the conversational elements have been introduced seemed to resonate with him.

And through this interaction, I realised that the Ungun Principle also applies to improv.

Some players have an infinite variety of random stuff shooting around in their brain, and love to introduce them into scenes. When that happens, those elements need to be incorporated into the scene, and they can help inform the relationships and drive the narrative.

But there comes a point when it is not only unnecessary, but also unhelpful, to introduce more ideas into the scene or story. At a certain (roughly halfway) point the best thing people can do is just complete the things that have come up.

Complete the circle, make the payoff.

If you have a gun, make sure it goes off.

Sidenote: While Chekhov’s Gun is an evocative image, and has stood the theatre community in good stead, it is also quite a violent image.

Is it worth trying something else: maybe a tennis racquet or a soup ladle?