Getting out out and away 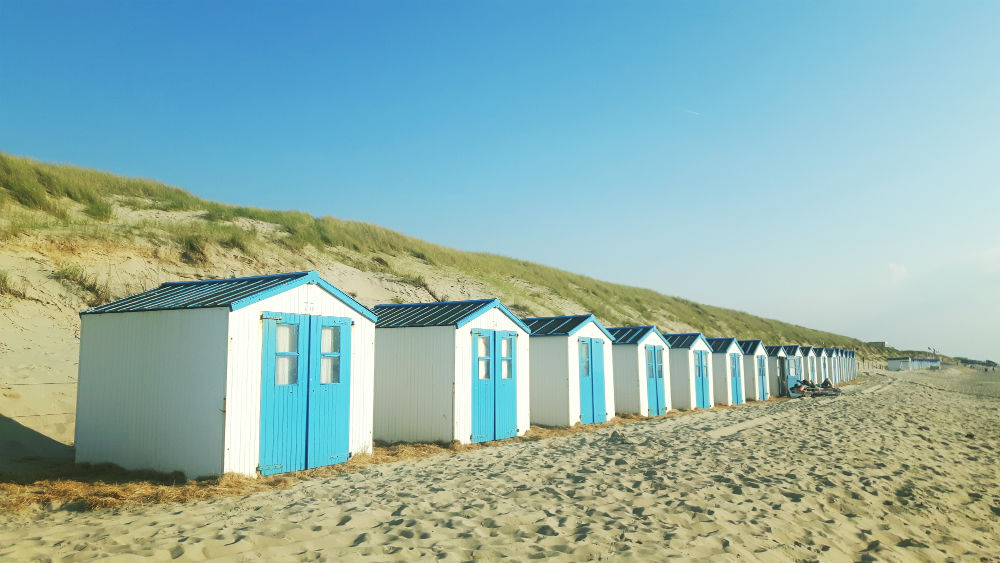 A remarkable thing happened last week: after a period of near-freezing temperatures, during which we had to dig out and reapply winter jackets, scarves and hats, the weather broke again – and this time to the good.

And there was no transition period either – it went from jackets and scarves to shorts and t-shirts literally overnight. Of course, this being the Netherlands, it’s set to go back to rainy days by the middle of this week, but in the meantime: summery weather!

By sheer good fortune, this period of unseasonably sunny and warm weather happened to overlap with a weekend Chiara and I had booked to go camping on Texel Island. This is an island in the Wadden Sea, up in the high north of the country, and is renowned for its dunes and bird-watching. About one-third of it is a nature reserve.

It’s also famous as the only place where a naval battle was won on horseback. In 1795 the mighty Dutch navy got locked in the ice around Texel. The French army rode up on horseback and demanded (and received) their surrender.

Anyway, Chiara and planned this camping weekend over a month ago. In the interim, I neglected to properly book holidays, so we ended up going for one night instead of three. But, unlike the frozen Dutch army, we were determined not to surrender.

But, as we prepared ourselves, we started to question the wisdom of all this effort for one lousy night. The assembling of the camping equipment, the packing, the transport planning… But, after spending Saturday morning get everything ready and steeling ourselves for a long and challenging journey north, we left Saturday afternoon and arrived at our campsite a couple of quite pleasant hours later.

And our enjoyable train journey also included vistas of great ribbons of brightly colored tulip fields, lined up on either side of the tracks. Sunshine, snacks and no train changes. So far, so good. Turns out our concerns and pre-trip huffing was all for naught; oftentimes the distance between two places (or between the present and a desired outcome) is greatest in the mind.

We pitched our tent in a beautiful and well-maintained campsite (or as the Dutch call it: a camping), just over the dunes from the beach. In the morning we woke to the sounds of at least a dozen varieties of birds.

Besides the cost savings of camping, there are other advantages too. It feels like an adventure – even if, like us, you just pitched your tent and went out for dinner. plus there’s a bit more effort involved, and you thus get a sense of accomplishment from setting up camp that checking into a hotel never quite matches.

Maybe that sense of accomplishment fades with time, but we’re not seasoned campers. So we get a sense of victory just by showing up. And we did hem and haw over whether it would be worth it for us to go.

But as we rode the train and ferry in the bright warm sunshine, there and back, and as we dined out on delicious seafood that evening, and as sat on the beach the next day, and even while we woke up early Sunday morning thanks to the sounds of birdcalls, we were more than certain that it was – indeed – worth it.

It maybe wasn’t the most adventurous of camping trips, and we would’ve liked to stay longer. But we were very happy to have made the journey. And though mentally it felt like a big deal, the actual doing of it was both remarkably painless and completely worthwhile. I’m sure there’s a lesson in there somewhere.