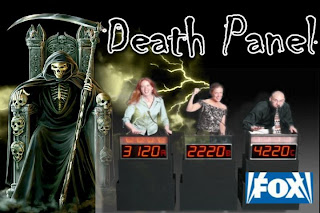 Like many opponents of the proposed healthcare reform I don’t understand it, but the lack of understanding is due, in my case, to inattention, rather than confused rage.

Who is this lady? Where does the idea that healthcare is a bad thing come from? That the right to pay for a medical care, and exclude those who can’t pay is such a great thing worth defending? Until very recently, I hadn’t really been paying attention to the ‘debate’. I’ve been too busy living in Europe and enjoying the security, peace of mind, and relative good health afforded by healthcare benefits that are extended to everyone here to really delve into another episode of “America Eats its Brain.”

But the more I hear about Nazi Death Panels, Soviet Systems, and dining room tables, the more I think about disinformation, misinformation and fabricated realities grafted onto political debate. It makes me sad.

This morning I was reading the personal stories of healthcare systems around the globe at Avaaz. Sure doesn’t seem so bad. In fact it made me remember to be grateful to live somewhere where the health (and well-being, and education) of the citizen is considered a responsibility of the government. Because actually, that is kinda the point of having a government: they look after shit.