HP Tech Support gets a paltry 8 out of 10 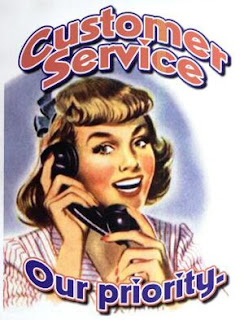 We spent about 45 minutes on the phone. Together we downloaded a thing to do a thing to the hot part that would make it less hot. He seemed pleasant and patient.

Our conversation often lapsed into semi-awkward silence. Such as while as we waited for the download, and for my computer to cool. In the end the problem didn’t seem entirely fixed, but the underside did seem a little cooler after we upgraded the… whatever it was.

After asking if there was anything else he could for me, he provided me with a service ticket number, and transfered me to his supervisor. To check my satisfaction, he explained. Despite having already been on the phone for three-quarters of an hour, I acquiesced.

His supervisor greeted me by name, then launched into some questions. She very quickly arrived at the crux of the survey.

“How would you rate the service you received out of 10?” she asked, before clarifying, “With 10 being the highest.”

“An 8,” I decided; appropriately high marks for Derek’s commitment to quality service.

“Oh.” Her deep disappointment at the failure of Derek to get a 10, and her own failure to raise the grade, were conveyed in this one syllable. “Can I ask why?”

“Well, I was very happy with the service, which is why I gave it such a high mark,” I explained reasonably. “However, I couldn’t give it a perfect grade because I have nothing to compare it to. It wouldn’t be fair for me to give Derek a perfect 10, only to have some other operator exceed my expectations. This is the only way to keep my customer service grading consistent and within the parameters.”

“I respect your decision, sir, but I must say this is not a very good mark.” Her tone clearly implied she in no way respected my decision.

“Naturally.” She had a point.

“Are you sure you don’t want to change your mark?” She demanded, with an edge of desperation creeping into her voice.

This was surprising. Techie Derek had led me to believe dignity and professionalism ruled in the HP Support Office. But apparently not. I tried another route.

“I was very happy with Derek’s service. The missing marks are nothing personal. But my laptop is still a little hot. My problem is only partly solved, so that’s why I scored the service an 8.”

I couldn’t believe the conversation we were having. Fortunately, she cut it short.

“OK. I respect your decision, sir.” She obviously still did not respect my decision, but seemed to grudgingly accept that my grade was final. “Thank you for calling HP and have a nice day.” Her tone made it clear she wished my laptop would explode in my face.

How had things ended so badly? What, as they say, the fuck?

After working through my problem with Derek I felt quite positive about the service – despite the fact the solution was only partially successful. But the customer satisfaction survey kinda spoiled everything. Partially because it was conducted by a hysterical grade-grubber.

And partially because I fear for Derek. That guy did nothing but his best, but I now worry my 8 may be a black stain forever blighting his service record.

Derek, I’m sorry I only gave you an 8. Thanks again for your help.