In Our Happy Place 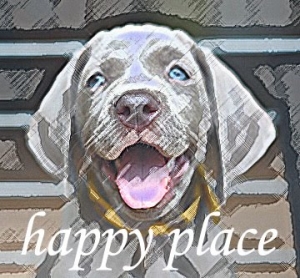 Last night Marbles Improv teamed up with Horse & Louis to deliver the first of what will definitely be a regular (and regularly awesome) monthly comedy night. It’s called Happy Place, and at The Miller last night that’s exactly where everybody seemed to be. Marbles has had a monthly slot at London Improv since April, and it’s gone through a few different set-ups. We had The Yak, a chat show (which may make another appearance down the line), and we’ve hosted some short form improv as well, but what our stated aim had been (to get a variety of comedy acts from the circuit in and put them up with our improv all on one bill) has only now seemed to come together in the way it should. I’d never met Horse nor Louis before last night, but from first hellos it was clear that they knew what was what. This is really important to me. I’d also never seen what they do, but seeing them on stage sealed the deal: their hosting skills, musical chops and comedic sensibilities definitely put them in the ‘knowing what is what’ camp. And they held the show together brilliantly, getting the audience well and truly on board from the first few moments. They also booked the acts, which were all top-notch (and new to me) Canadian comedic songstress Mae Martin, sketch group Expeditionary Force, and stand-up Tez Ilyas. The second half was Marbles. And for the first time in a while, Dave and I just had fun. And, playing before a truly warm crowd, our show was fast and loose. We did a shortened set due to a lengthy first half, but still managed to stuff in some nice scenes, curious characters and friendly banter (including a scene involving a hitchhiker and a driver competing for ownership of an array of gestures that Dave called “one of the best things I’ve ever done improv-wise”). The result? We’re all already looking forward to the next one (7 December). To keep abreast of what’s going on I suggest joining the mailing list, which will be a totally non-intrusive yet personal way for us to let you know what will be coming up, so you can come visit your Happy Place. (7th December, The Miller, London Bridge)