Is this ‘The Age of Stupid’? 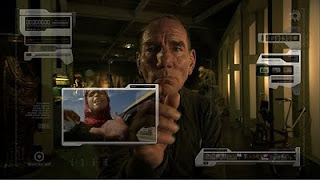 Last night I went to SOAS with Chiara to see ‘The Age of Stupid’. A sharp drama-documentary-animation hybrid. Clever, well-edited, poignant, with a powerful message that manages to be heavy and alarmist without being too overwrought. In short, the perfect sermon for the choir.

Click through for more, including the trailer for the film.

It’s a damn shame the movie will fail to attract the naysayers, because it’s really well done. But then, the critical and box-office success of an Inconvenient Truth hasn’t really had a lasting impact on people has it?

But exposing hypocrisy and driving home an urgent message never fails to drive away naysaying hypocrites. But, for a film with such an obvious agenda, it managed to be fairly even-handed in its’ treatment of its subjects. And the conceit (A man in a post-apocalyptic future reviews evidence and stories of a time (the present) when we were aware of climate danger, but failed to act on this knowledge), is stretched to the breaking point, but it never breaks.

Other cool elements: It was crowd-funded, so groups and indivduals contributed pieces of the funding and got shares of the film.

They developed an Indie Screenings model to distribute the film.

London Mayor Boris Johnson recently saved the director Franny Johnson from a group of miscreant teenage bitch thugs who were armed with a metal bar.

Franny Johnson is the founder of the 10:10 campaign. An online campaign to get people and organizations to cut their carbon footprint by 10% in 2010. Sign up.

The bottom line is: this film presents a compelling, and entertaining case for people to wake up and start changing habits and attitudes before it’s too late. If it, and all the other ongoing efforts don’t work, the title is all too appropriate.