Italy and Ireland tie; everybody loses 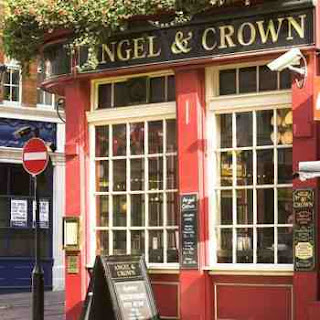 Last night I scampered over to the local sports bar – the decidedly working class boozer Angel & Crown – to catch the second half of the World Cup qualifier between Ireland and Italy. I made sure to order a beer and not finish it until the final three tweets of the whistle.*

I slipped out to get some pub time in, to see some international football, to see the battle of the Italian managers: Trapattoni vs. Lippi. And to cheer for both teams. When I was living in Rome, during the last World Cup, I followed Italy’s every match and move – from my first realization that they were the team I was behind to their eventual triumph.

But I’ve got Irish blood, and Irish friends, and a soft spot for Ireland and all her people, plus I think the team deserves a chance to be in South Africa. As well, I think Marcello Lippi’s squad selection leaves a little to be desired in terms of creativity and attacking flair. A loss at Croke Park would’ve wound the pressure up on him another notch and perhaps we could’ve seen Antonio Cassano later in the week, or some other useful tactical adjustment – I dare not get excited about the Totti possibility yet. I’ve never been a big Antonio Cassano fan, but the last time he got a run out with the Azzurri he was one of the few bright spots. He’s good at football. They don’t call him il talentino for nothing.

The game was relatively even with Italy holding a slight edge, though chances were few for either side until we were nearing the end. There was increasing desperation in the play of the Irish – they needed this victory much more than Italy. When they scored a stunner of a diving header off a free kick in the 87th minute the joy was run through with incredulity: could it be? There was euphoria. I also cheered. Partially because I like sportgoals, partially because the excitement in the storied and packed Croke Park (and the Angel & Crown) was infectious, and also because we were on the verge of footballing history. Certainly in Ireland, conversations for years to come could easily be opened with “Where were you when the boys beat the reigning World Champs?

I felt a little bad about cheering a goal into Buffon’s (non-Juventus) net, and certainly my Italian wife wasn’t happy when she heard, but Italy would almost surely qualify anyway, even with the loss. And Ireland could toast this victory for years. The knock on benefit of the hopeful inclusion of more creativity in the Italy side as a result… it seemed as if the Irish victory could serve to benefit Italy as well as Ireland.

No sooner had the announcer started explaining how important it was that Ireland settle in, brace themselves for the counterattack, and hold on for 5 minutes until a historic victory, when Italy scored.

That’s how it ended. A draw that pleased Italy and depressed the shit out of the entire Emerald Isle. And me. Ireland can still qualify with a second place finish, but they will have to go into seeded play-offs against teams like Russia, France and Portugal for their chance at South Africa.

When the final whistle blew, I polished off my beer, grabbed my hat and went home, feeling curiously disappointed. I saw a game in which I felt non-partial, and it ended a draw. Add to it not one but two late goals and I should have felt I got my pints-worth of action and excitement. And yet… a draw is always the result when nobody wins.

*The only other time I’d been to the pub, on a Sunday afternoon to watch Roma play (and lose) to Juventus. I also only watched the second half and that time as well had just one pint. At around the 82nd minute, after my pint had been finished and cleared, a rather ‘hard’ looking patron stood pointedly within earshot and loudly remarked to some bystanders that he didn’t think it was ‘on’ that people would come to watch football and not drink. This after demanding I pick up the coaster I had thrown on the ground in frustration after Juve’s third goal. I told him I would pick it up after the game, but, as I may need to throw more, it would make more sense to pick them all up at once. He wasn’t entirely satisfied with my explanation, but didn’t punch my face.

In the end we sorted it out, but our truce was an uneasy one… since then I vowed to make my beers last the duration of the match. One pint per half to me seems reasonable, no matter how many the regulars toss down.