I think we can all agree that it’s been a pretty January-like January so far. And now that it’s drawing to a close, we should change gears, to start ramping up our excitement for the rest of the year.

Well, great news: I have just the thing.

Presenting DOUBLE FEATURE®, a two-person solo improv comedy show. That’s no oxymoron: it’s just a fact. Because me and Peter More both have one-man cinema-themed improv shows. So we put them together and there you have it: a double bill of jaw-dropping improvised entertainment.

It’s like seeing two movies in a row, but there’s no popcorn, screen, other actors or budget. Otherwise, very much the same.

DOUBLE FEATURE is the kind of thing that you didn’t even know you desperately wanted to see. Until you see it, and wonder how you got this far in life without seeing it.

I fear I may have missed a few categories, but you get the point: it’s for everybody.

And there are two (2!) opportunities to catch this show in the near future. 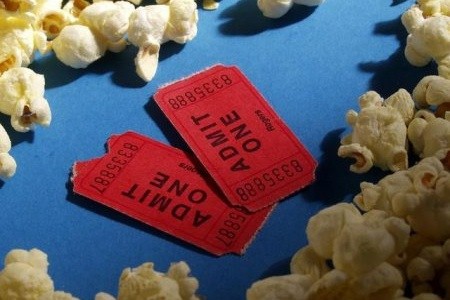 28 January (Tuesday) – 10.30pm. At Compagnietheater (as part of IMPRO Amsterdam)

NB: DOUBLE FEATURE® is the late night show on the opening night of the 19th International Improv Festival. That’s an ideal time to come and see our show after watching the mainstage shows that kick-off the fest.

Aaaaand, you may as well get yourself a festival pass, because the festival sells out every year!

NB2: I’m also teaching my ‘Taking it easy’ workshop on Saturday afternoon. It’s a fantastic workshop, nestled into a programme of fantastic workshops. Take a few. (UPDATE: As of today – 12 days before the date – it’s sold out. If you wanted in, but didn’t get a spot, I guess you should get in touch with me directly, and we can organise something.