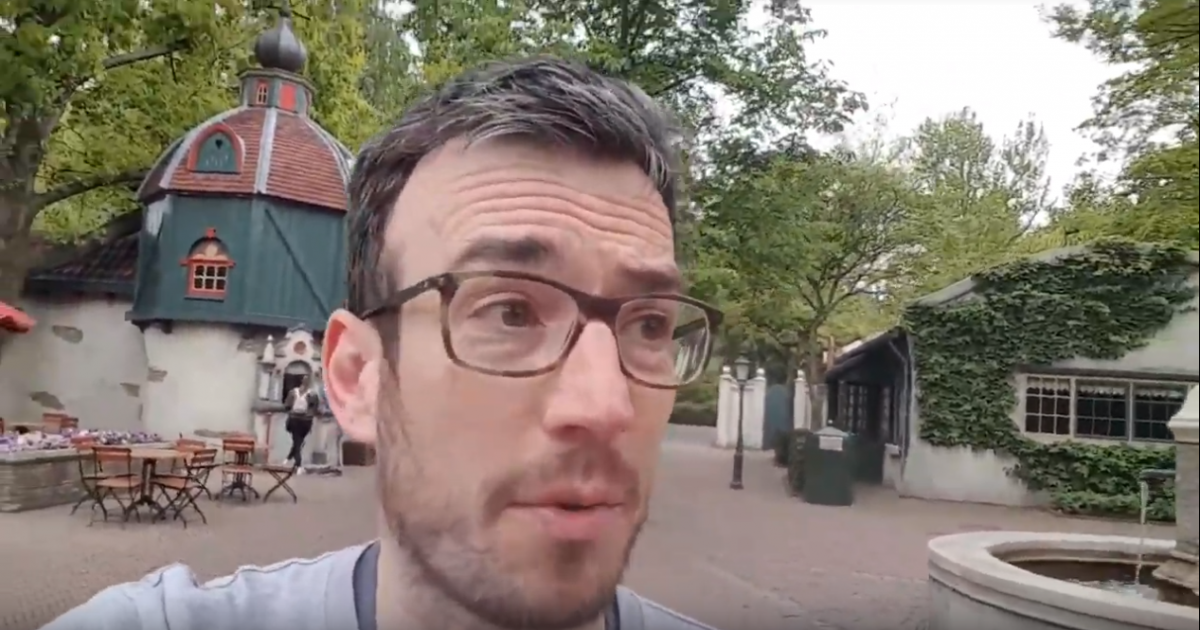 I’m currently making a video for work. Actually, I’ve been making a bunch of videos for work recently.

And by making I mean I’ve been doing everything from writing scripts, shooting on location, directing, doing some on-camera work, and now editing as well. All in all it’s going pretty well. As part of this project I took some footage and made a quick little video that makes me smile.

The point is: for the first time in my non-freelance professional life I’ve been involved in driving and executing some film projects, and I feel like it’s an area of moderate competence for me. And that’s thanks to having, a few years ago, set myself a vague goal of learning how to make videos.

This resulted in me posting more regularly to my YouTube channel. It’s mostly just quick little vlog pieces that, taken individually, aren’t particularly remarkable. But viewed over time, you can see how bit by bit, I got better. And viewed the more I make, the better I get.

Getting better at making videos

It started when I bought a plug-in microphone and a small tripod (I use a Rode WS9 mic and a Joby GripTight mini-tripod). I initially just uploaded them directly to my channel.

This above video isn’t very good. But hey, it was a start.

Then I invested in some basic editing software (Wondershare Filmora), and I started putting music underneath and some titling. Filmora isn’t that sophisticated, but that limitation is by no means holding me back. Not yet anyway.

This video above is also not great, but is, in my opinion, an improvement. I like moving in a positive direction.

The magic of B-roll

Then in January this year I took a video-making workshop through work. In that afternoon session in Eindhoven I got walked through the process of adding B-roll to a video. That was really an eye-opener in terms of how easy it is, and how much better it makes a final product.

Now it’s a pretty standard part of what I’m doing.

NOTE: Rewatching the video above makes me cringe a little – and that’s great news! I only filmed it a few months ago. For me to already look at it and go “ugh, I can do much better” is very encouraging.

Putting the skills to work

And then in July at work we did a visual storytelling workshop. As part of the session we were given a team task to make a promotional video for a fictional budget wedding planner. I’m pretty happy with the result. See below.

And now over the past few weeks I’ve been working on a few different video projects at work. My title is Chief Editor, but that refers to me working with texts, but it does also tangentially relate to video editing. Well, it doesn’t but it could.

It’s quite satisfying that the things I’ve been slowly learning on my own time (the technical elements of video making) are able to be put to use in a professional context. I looked and the first videos I uploaded to my channel with this goal in mind were two years ago, but I didn’t start really doing too much until one year ago, so to be able to incorporate them into my work life in that short of time is great.

Of course it helps that I’ve got on-camera experience, as well as a track record of writing and text editing film scripts (by the way, if you’re looking for some insight into how to write scripts, this primer from my friends at TopLine Film is pretty useful).

Looking back on those early videos I’m reminded of this Ira Glass quote on the creative process, handily animated into this great YouTube clip.