If football comes home, it will be in no small part to the leadership of Gareth Southgate, England’s be-vested manager. What’s he done to transform the sad-sackery of previous Three Lions teams into a side that has been a roaring success at World Cup 2018? 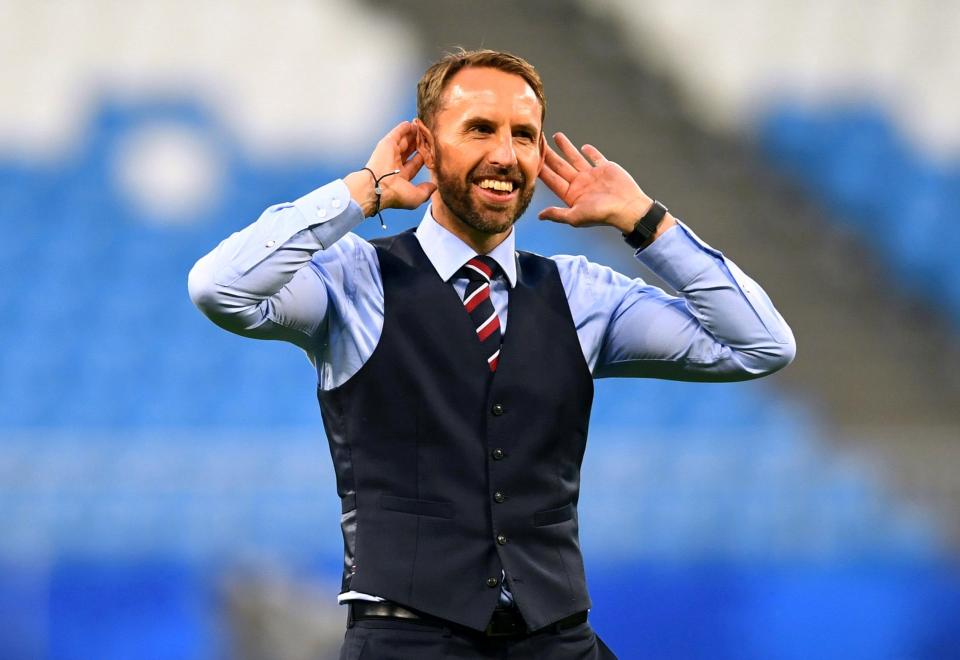 England play Croatia in the World Cup Semifinal on Wednesday. In tribute to the sartorial choices of the England manager, some English supporters have dubbed it ‘Waistcoat Wednesday’. In fact, M&S has sold out of the official suit vest that Southgate has been sporting for the matches.

And it’s not hard to understand why England fans have been getting excited. After decades of disappointment (including repeated and relentless poor showings from the so-called ‘Golden Generation’) the England Men’s football team are within one win of a World Cup Final! Could it be that football’s coming home?

Alright, we’re getting ahead of ourselves. But I must confess: I’m excited. My background is British, I lived in the UK for years and I’m a die-hard football fan. But even when I lived in the UK, I didn’t really support the England team. Too much drama and expectation and general dislikability for me.

But all that is changing, and not just for me, for loads of people who have watched Gareth Southgate transform everything about this team.

To everyone’s surprise, England is actually playing well at an international tournament! From their initial injury-time victory over Tunisia, to their high-powered thrashing of Panama, it feels like this is a different team. And they’re not just earning results – they’re playing an uptempo and exciting style that’s exciting the fans, and even winning over impartial observers.

All this for a team of young players who were expected to be at this tournament just to gain some experience. No matter how you slice it, we can already call England’s campaign a success – it’s been years since they’ve been to a semi-final, and they’ve never won a penalty shootout at a World Cup – until they played Colombia.

Lots has been written about how Southgate’s influence on the team. But I wanted to look a little closer and see what lessons we can learn from his management style.

And not just with the senior level staff. A good part of being a leader is getting to know your players. It’ll help you get the best out of them. This style of leadership is about rapport, support and listening as well as talking. As England defender John Stones said, “There’s a fine line, where a manager has got to have his football brain in gear, talk about football, and know when we should relax. He balances that as well as anyone I’ve seen.” But even more than that: watching this England team celebrate with their manager, you get the feeling they’d do anything for him.

Southgate has his team playing an uptempo exciting style of football. And everyone is playing their position in open play and at set pieces, tracking back where required, opening up space for each other and playing positionally sound football. Create a system that works for the parts you have, and get the parts you need for your system and get everyone on board. 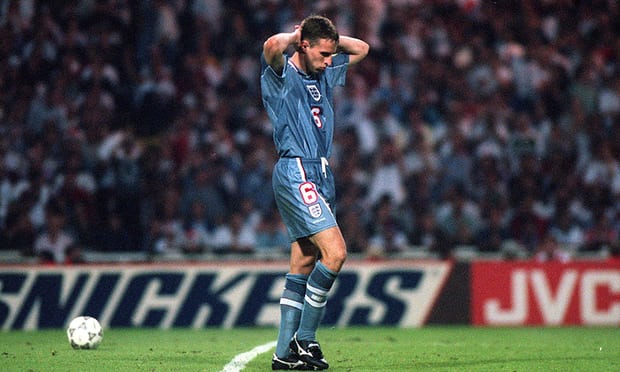 Learn from your mistakes

Before he was England manager, Southgate was well known as the defender who missed a crucial penalty at Euro 96. And he’s lived with that ever since. You can be damn sure he’s played that moment over and over again in his mind during his darkest hours. But nightmares weren’t the only thing he used that experience as fuel for…

England beat Colombia because they had practiced and prepped for the possibility of taking penalties. They’ve been doing it for months. Jordan Pickford made the definitive save, and he had not only been practicing since March, he had also more recently been studying Colombian penalty kickers and what their tendencies are – he even had a water bottle cheat sheet.

In regimes past the England team had a siege mentality. Every moment was stage-managed and scripted. Things were tense and very serious. Not anymore. I get the sense there’s a real air of excitement and fun around the team. As defender Kyle Walker said “He’s very approachable, where you can go and speak to him. He joins in with the banter, so we’re one big family here now.”

Think outside the box

England has been having plenty of success from set pieces this tournament. One of the reasons they’ve been so good is Gareth Southgate and Steve Holland’s trip to the US to take in an NBA game between the Minnesota Timberwolves and the Milwaukee Bucks. They wanted to figure out how NBA players create space for each other in such a confined space. As England has scored more goals from dead-ball situations than any other team this tournament, the research, and the tactics it spawned, seems to have paid off. 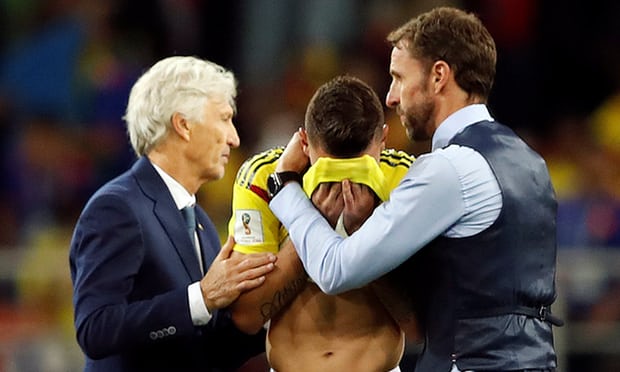 When Southgate went to console Mateus Uribe after Uribe missed the definitive penalty in the shootout, he won over every fence-sitter. Of course, Southgate knows that cocktail of disappointment and regret better than most. But the fact he took time out of celebrating the win to go and share some solemn moments of support for Uribe – especially after what had been a bad-tempered match – shows him to be the kind of leader not just that people want to follow, but that people should follow. When so much discourse is ill-tempered shouting, he’s a beacon of grace. And if you don’t think his team noticed the way he made time for this, you’d be well wrong.

You get the impression Southgate is just rolling with what looks good and feels comfortable, within the confines of his job. Along the way he’s helped M&S sell out of the official waistcoats. Of course, part of the reason people think he looks so sharp is because he’s led this team to great success. He also looks relaxed and comfortable yet impeccably dressed. Is there a correlation? Probably. Maybe. Who cares? The point is: take every potential advantage you can and every opportunity to sharpen up your sartorial game.