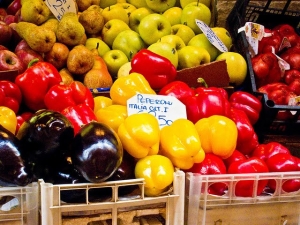 A recent piece on BBC Radio 4 and BBC website discussed the idea of Italians being susceptible to all kinds of illnesses. The ‘colpo d’aria‘ (hit of air) that can happen if a chill wind picks up and you’re scarfless was one example cited. Having extremely specific internal pains and a dead certainty as to their cause is another.

As a westerner married to an Italian, I appreciate Mitzman’s piece. When I lived in Italy I had more than one conversation on the phantom ailments phenomenon with other westerners. My wife has an infuriating knowledge of human anatomy, and a health regime that sometimes dips into the inscrutable.

But, in claiming that “being Italian is bad for your health” Dany Mitzman misses a very important point. She personally may be ‘superhuman’ when measured against the sometimes bizarre health-related peccadilloes of the Italians around her, but how does that measure up in the bigger picture? Not as well as she might hope.

I’m not going to get into a ‘who’s healthier, the Brits or the Italians?’ argument.

Ok, that was a lie. I am. And it’s not the fat, alcoholic, hyper-promiscuous Brits.

Now I like junk food, booze and sex as much as the next guy (unless I’m standing next to an Englishman) but there needs to be a little perspective on what constitutes ‘healthy’.

Britain’s culinary culture is… well it’s actually okay. That old trope about the food being all terrible for you is not really true anymore. But still, there’s a whole lot of pork sausages, battered cod and fried chicken on the menus around here. Italy, on the other hand has recently had its Mediterannean diet inscribed onto the list of Intangible Cultural Heritage of Humanity. As they say, it “encompasses more than just food. The system is rooted in respect for the territory and biodiversity, and ensures the conservation and development of traditional activities and crafts.” In other words it nourishes your body and soul. In short: it’s healthy.

And though Italians only live about a year longer than the Brits, that’s still a whole year. Think of how nice of a boat you could build in a year. Or how much television you could watch – it’s a lot of time. 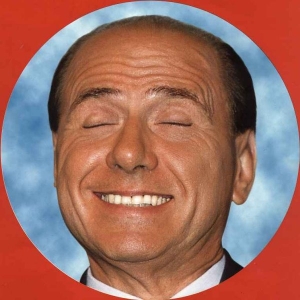 And of course, that nourished and long-lasting spirit is present in their public life. Not that I think Silvio Berlusconi is any paragon of anything to aspire to, but that cretinous slimeball was throwing sexual callisthenics parties at 75 years of age. Bunga bunga! That’s a sign of rude health.

And even their politicians who aren’t sleazy are sprightly. Georgio Napolitano, the President of the Republic, is 86. And not a scummy creeper. Way to go Georgio!

In England they need to get younger people to run their country – PM David Cameron is just 45. But even that age assessment is in doubt because it’s also been determined that he’s a ‘pitiless blank-eyed hell-wraith‘-cum-lizard creature. A speculation that was subsequently corroborated by numerous independent sources.

I guess the lesson here is that, while Italians have some quirks that can be frustrating, they are also endearing. And as a people they eat better, fuck longer, and are just undeniably more healthful than the rest of us. And though their last PM was an incompetent sexpest, at least he looked like he was having fun – better that than a “malevolent paranormal entity continually shifting between dimensions,” I say.

But rather than refute Mitzman’s assertion that being Italian is bad for your health, I would say that she is in an extremely privileged position – that of not having to suffer the thousand natural shocks that Italian flesh is heir to, yet also being able to live in Italy and enjoy the salubrious nature of their cuisine and culture, away from hideous lizards and binge drinking lager louts.

Perhaps she’s onto something after all.