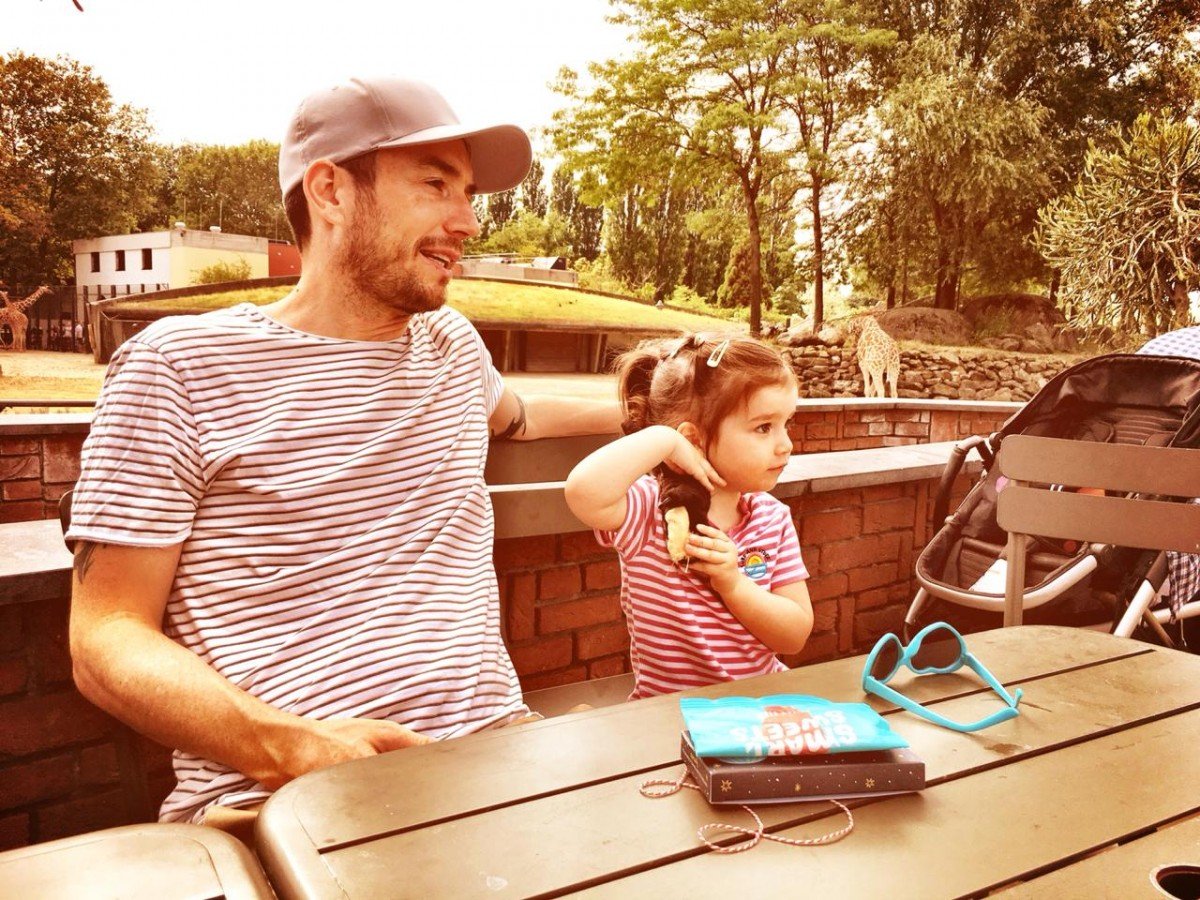 Here’s a snapshot of Arya and I enjoying some zoo time. Photo by Geordie Aitken.

Now I’m 42. So far it’s going well. I mean I did have a bit of a backache, and I’m starting to look my age, though I think that’s attributable more to having children than just getting older.

Anyway, here’s a couple occurrences and evolutions on my last pivot round the sun.

There’s a new baby in town

Neve Margaret Millar joined the family at the end of February, and it rules. I’m especially happy seeing how much Arya absolutely LOVES her little sister. It has additionally added a layer of complexity to my life. I feel at or over capacity just getting up and getting to work in the morning, and then running the entire process in reverse at the end of the day.

I had been at Tiqets for three years, working as the head of content and really pouring myself into that role at a burgeoning dutch tech startup. But I left last September. I now work at Signify, a company that’s been in existence since 1891, and they’re in the process of adapting to a more modern free-flowing vibe, while I’m adapting to the strictures and culture of a large corporation. We’re finding some common ground. And I’m still very selectively maintaining my freelance side hustle.

On the coaching front

Part of that side hustle of late has involved taking on a limited number of coaching clients. I’ve really been enjoying the experience of working one on one and diving into the particular skills and experiences and needs and wishes of individuals. For a longer time. I’ve found it liberating and enjoyable. It allows me to go deeper on some content and themes that I’m interested in. And I can see some progress over time. I’m looking for to doing more of this one-on-one work.

In the past few months I’ve been working out on my lunch breaks, and I must say that it has been helpful, and not just in terms of sculpting my already-perfect beach bod. Getting some exercise (that is, trying to have a healthy lifestyle), in addition to cycling to work, is something I’m trying not to take for granted.

I should also mention that for my birthday Chiara got me swimming lessons and I’ve taken my first one. Though I am capable of forward propulsion in the water, I’m not comfortable and it’s not pretty. But I’m making progress. In addition to being a zero-body-fat muscle machine, I’m quite fond of learning things. Learning to swim properly will help me on both fronts.

With the exception of staging Ever Better, my solo storytelling show, which I’m very proud of and will stage again, I haven’t really been on stage in the past year. That’s really strange – probably the first time in my life there’s been such a sustained stretch of time without any performance projects or one-off improv gigs. But, well… a new job, a new child and generally embracing the new rhythms of my life have put this pursuit on pause, but not permanently.