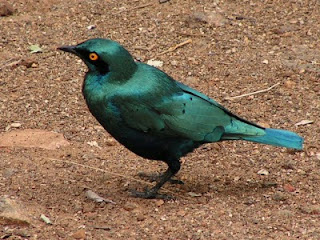 I am dabbling in a little idea-poaching for plagiarism week for the Hundred Days project.

Until he went quiet on January 25, Benjamin Partridge had been writing daily short stories based on the Wikipedia random article link. I thought I’d do the same.

The following story is based on this article.

Paul opened his eyes. He’d slept fitfully in his clothes for just a couple hours. He felt terrible. He looked around and realized that he’d spent out of doors. Even in the weak light of dawn he could see that he was still lost. Sleep had not changed that. He was also hungry beyond belief – he’d exhausted his supplies of a ham sandwich, juice box, and three granola bars very early in the day yesterday. He reflected fondly on the taste of food, before shaking away this unhelpful impulse. Despite the prospect of going without food for another full day until he found his way back to Addis Ababa, Paul forced himself to begin his regular morning routine – twenty press-ups and twenty sit-ups.

As he rolled over onto his stomach and placed his palms on the uneven gravel, a greater blue-eared glossy starling dropped out of the sky, landing right in front of his prone. It hardly made a sound. It gave a wave of its wing, and then was still. Paul pushed himself to his feet and approached the bird cautiously. He hoped it was a sign. His superstitious side thought it might be a sign.

It had been thirty-five hours since Paul Waters, keen observer of nature and skilled amateur nature photographer, had become separated from the excursion into the Ethiopian grasslands. Paul had volunteered to spend this spring weekend cataloguing threatened species with the Ethiopian Wildlife Trust, he had looked forward to it so much he had spent almost of all the lessons the previous week on the International Union for Conservation of Nature . On the very first morning, shortly after the briefing, Paul had become enthralled by a critically endangered guramaba shrew, and chased it down while fumbling with the macro feature on his camera. When he looked up, the party had disappeared. He hadn’t eaten since that morning’s breakfast, but had nevertheless continued his photography and animal count. But he was hungry.

Impulsively, he grabbed the greater blue-eared glossy starling and brought it to his mouth. Then he paused. This kind of feral savagery didn’t befit an amateur nature photographer of his stature, especially one who had been lost for only thirty-five and a half hours. Paul looked around, before finding a small depression in the shade of a thorntree. He debated burying the bird, before deciding against it. He gently placed the bird in a nest of short grass, and did an impromptu quasi-religious blessing for the fallen creature. The bird seemed peaceful. But within, the Plasmodium Octamerium parasite continued to churn away, harvesting the life of its host.