Play more, it’s good for you 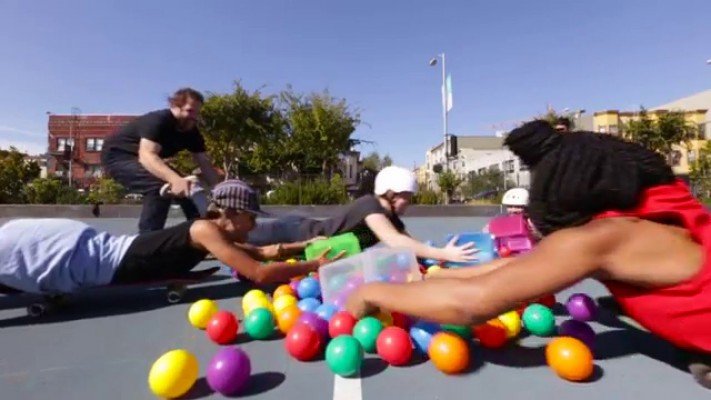 Last Friday in Brussels I had a group of engineers and IT professionals play Grandma’s Footsteps, the simple childhood game where one person stands against the wall with their back to the group. As the other players creep towards them, the person tries to turn around and catch sneakers in the act.

If they get caught moving, the ‘Grandma’ sends the sneaker back to the beginning line to start again. It was a heart-stopping blast. Everyone was so intense, instantly.

Even more recently I had a group of agri-business computer programmers play the Danish Clap. We were in a cramped meeting room in a small town an hour from Amsterdam. I’m pretty sure these people don’t have a lot of play in their general workday.

But I don’t mind telling you: my god it was so much fun. Not just for me – also for them!

Both of these are games I’m familiar with, but neither was part of my regular suite of workshop exercises. But I’ve been teaching a fair bit recently, and designing and adapting more sessions. So I’ve been doing some different elements. I’ve been loving it.

I do really enjoy my Guardian Masterclass on Public Speaking, but it’s a pretty well-oiled machine. So there’s not a lot of design required right now. And it works, so I don’t tinker with it too much (although I will play with the order of exercises and what we do on the day).

But even on that pretty stable workshop, when I get out there and finish the introduction I get people immediately into game playing and the atmosphere and attitudes change. People relax, they’re more themselves, ideas start coming more readily. In short: it’s fun.

That’s because all of these activities (and any sort of game) serve an approach to the world, a playfulness that too often we leave out of our daily lives. At least generally since childhood. Of course, there are sports that we can play as adults, but these goofy improv and drama games have a real purpose, not in spite of being so silly, but because they’re so silly.

3 reasons for playing as an adult

1. Healthy competition — Even those who say they’re not competitive are. I mean, a little bit. At least. Even if they’re only competing against themselves. And this state of being in competition makes people more attentive and engaged. And that state of play continues even after the game is done.

2. Fun — Play is fun. that’s why kids do it. As Jack Nicholson’s character famously wrote hundreds of times “All work and no play makes Jack a dull boy”. Then he went crazy and murdered a bunch of people, so I think the point is clear: play more often.

3. Learning — Since the time when we were kids, play has been about learning. And I’m not talking math games to teach you about subtracting apples, I’m talking about life lessons, like playing fair, learning about strategies and trial and error, about cooperation, about having goals. It’s a much more active way to be, rather than just passively taking in information.