Setting up a Helium grid 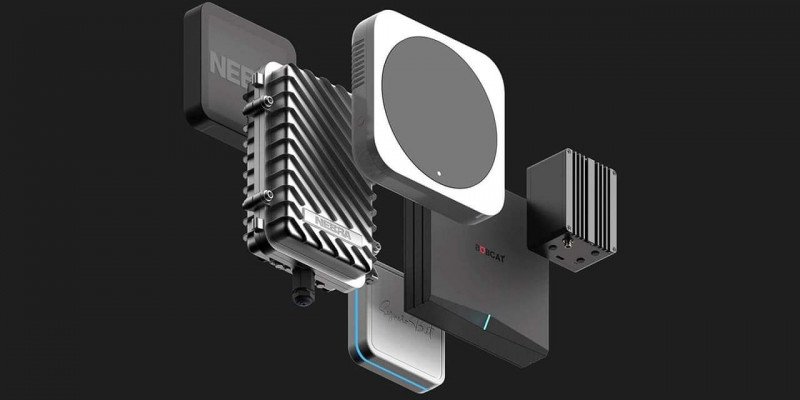 So, I’m a Helium miner now. If you were like me three weeks ago, that sentence would make no sense to you outside the context of a sci-fi novel.

But sometimes, when you’re in a pivot, you—without realizing exactly what’s happening—find yourself stumbling into a really cool cutting-edge real-world tech project. A project that also turns out to be a moneymaking venture. And not a sketchy fly-by-night one, a legit startup backed by Google, among others.

That frisson of tech-led excitement, coupled with the ‘income stream’ component, make it a very handy (and timely) turn of events.

Helium miners fall into my lap

A few weeks ago, my friend Bruce reached out to me to tell me about this new project he’s part of. A tech startup called Helium (funded in part by Google Ventures and the CEO of Salesforce) is creating a new kind of wireless network. It’s independent from existing telecom networks and is peer-to-peer. So, while the network itself is maintained by Helium, it’s actually created by people who have their own hotspots.

As one of the founders, Amir Haleem explains, “Everyday things that we use shouldn’t need cellular plans. By creating the world’s first peer-to-peer wireless network that’s owned and operated by individuals, the Helium Hotspot opens the door to an ecosystem of possibilities that allow people to connect anything from pet collars and ride-share scooters to sensors that monitor air and water quality.”

Did I mention that I have a bunch of these? Because I do. And I’m in the process of putting them around Amsterdam. That’s what’s happening! Along the way, I’m now having to learn all about the technology. And that’s fun, because I like learning!

Incidentally, these hotspots are about the size of an apple. Once placed in a window and activated, they help create the Helium network. In return, people earn HNT tokens (currently worth about 10EUR).

Here’s an explanation, in video form.

Everyone wants to get Helium mining

Only after these units arrived at my house, did I learn something very surprising: these Helium miners are really hard to come by. They retail for a couple hundred dollars but are currently being sold on places like eBay for thousands, such is the demand.

As this blogpost by Tim O’Hearn puts it, “There is a supply bottleneck for miners. They’re only produced by approved vendors and it’s safe to say that these vendors didn’t forecast the extent to which demand would explode. Shipments have been delayed for months and months.”

And here I am, sitting on a few of these units. I feel like I’ve stumbled in a side door and arrived at a very exclusive very hype party with a huge line out the front.

It also feels a bit strange, like it’s a party I’m not quite appropriately dressed for. Because people are clamoring for these miners, deeply invested in the technology and excited about unlocking the future of p2p networking. And I’m like, “Uhhhh, I’ve got some of these miners. Anyone want to put one in their window?”

To be honest, that feels very on-brand for me: at the right party, in the wrong clothes.

Nevertheless, I’m enjoying being part of this. It’s been a while since I’ve been in (or adjacent to) the startup world.

Here are some more links if you want to know more about Helium mining.

How to Obtain a Helium Hotspot and Start Mining HNT