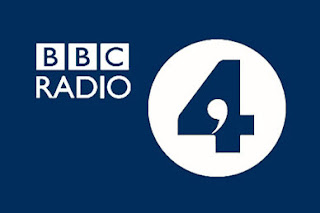 Seeing a BBC radio sitcom performed live is being behind the scenes. Not literally of course, literally, you’re in plush red audience seats at BBC Broadcasting House, with mics suspended above your heads, watching actors read from scripts on the stage in front of you. But it has that feeling of being part of something special. Because you are. You are the live studio audience. You are part of the show.

The crackling excitement I felt upon entering the BBC Holding Pen seemed to be shared by the other audience members, or at least I successfully projected my enthusiasm onto them. Once inside the theatre and when the show got rolling, I threw my head back and laughed towards the suspended mics to show my support for the comedy quips. And also because it was funny. Sneakiepeeks made me laugh. And I was far from the only one.

The show I was at, Sneakiepeeks, is about a surveillance team. They are Beagle Team. They work for a shadowy organization. They are – if not incompetent – decidedly low-achieving and accident-prone. And funny. It was especially useful because I had spent the day before sharpening my sitcom skills…

On Saturday I was at the Sitcom Mission workshop. I recently wrote a 15 minute sitcom script to be staged as part of the Sitcom Trials. The finals are taking place now. I did not make even the first cut. But the workshop process and all of the feedback on my rejected sitcom trial script will help me in my Sitcom Mission. The script is already not bad (if I do say so myself), and armed with the feedback from Saturday, it will just get better.

While there with my fellow aspiring sitcom writers, I met an aspiring sitcom writer fellow named Adam. He had written a very funny radio script and, seeing how Chiara had expressed an interest in not coming to the BBC Broadcasting House to watch a live recording af a new BBC Radio 4 comedy, I had asked the workshop group if anyone was keen to come along with me. Adam came. He’s a good guy.

It’s always nice to meet like-minded folks. Even if they happen to be Man United fans.

So I workshopped my script, got to attend a live taping of a very funny radio sitcom at BBC Broadcasting House, and made a friend.

Listen for my chortles on BBC Radio 4 soon.