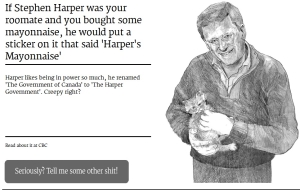 Stephen Harper, former Prime Minister of Canada, is quantifiably a terrible human being. The website Shit Harper Did is a harrowing catalogue of things that Stephen Harper has done during his tenure as Prime Minister of Canada (AKA the Harper Government). There are some really great promo videos too. Watch them, and get your friends to watch them. Check out the website, see some of the shit Harper’s done.

The website is fun to visit: the layout is clean and the snappy headlines well-written. The content, however, is heart-wrenchingly depressing. How is this possible? Are the things Harper does to seem human really that effective?

This is even worse for me, as I’ve recently discovered that I’m unable to vote – due to residing abroad for too long. But that doesn’t mean that I don’t care about Canada, and don’t want to have a decent human being as leader. 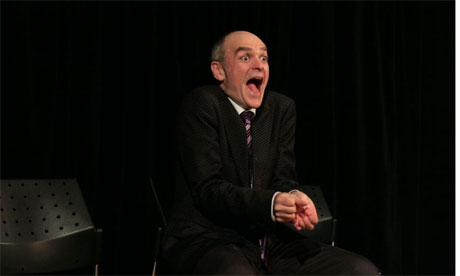 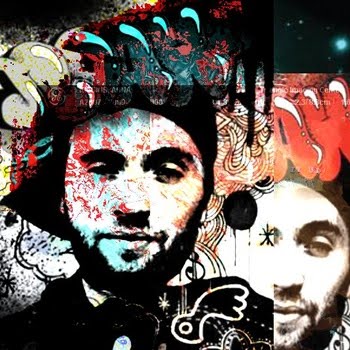 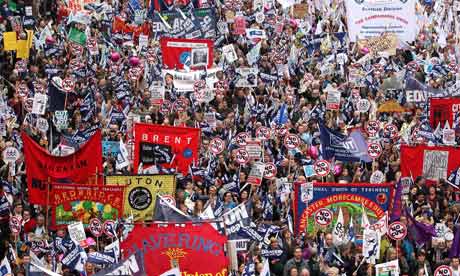