Three tigers on my 35th birthday

I was recently at a dinner party in Italy. At one point, taking advantage of my middling to remedial knowledge of Italy and Italian language, my wife explained to me that in the situation being described – I think it was a difficult parking manoeuvre – Italians would use the phrase tre tigri contro tre tigri (tray tee-gree con-troh tray tee-gree). This translates to ‘three tigers against three tigers’.

It struck me as beautiful; an oddly compelling way to describe parking. Such a poetic expression of  something mundane. This philosophical poetry seems to flow so naturally from the Italians.

It turns out she was having me on, (or taking me on tour as they say in Italian).
The phrase tre tigri contro tre tigri is actually an Italian tongue twister (although they would call it a tongue melter). It is hard to say without tripping over the words – try it. And, like most tongue twisters, it has no real meaning. For them.

For me however, on my 35th birthday, I’m musing on this phrase, and realizing that not only is it fun to say, and a bad-ass image – it is also great motto. A neat way to describe life’s uncertainties and an encouraging shot in the arm to help one stay upbeat.

Especially if that person needs a little spot of joy, as they get another year older. Again.

Last year I used a list to keep a handle on life and goal-setting, the year before I mused on Jesus and Marty McFly. But this year, I’ve zeroed in on the fierce battle that results when a trio of powerful tigers meets another trio of tigers, in every way their equal.

I’m 35 this year. So depending on how you do your counting, I’m pretty much middle aged – although with the maturity and dress sensibilities of a much younger man. And I’ve been thinking a lot about this crowd of feline majestic power, locked in a seemingly unwinnable struggle against three other tigers. As a concept it’s strangely comforting. And surprisingly useful.

It can be used to comfort someone. “You missed your train? Well, it’s like three tigers against three tigers. Grab the next one.”

Or as encouragement. “Big job interview today, but think of it like this: three tigers against three tigers. You’ll be fine.”

Or as congratulations. “Goooooaaaal! It was three tigers against three tigers, in the penalty area, but you scored. Way to go, friend!”

The possibilities, while finite, are many.

But not only can it be used in day-to-day circumstances. It can also be used to describe the wildly unpredictable nature of life on a grand scale; who ever knows what’s going to happen from one day to the next, let alone three or five years down the line? It’s like a bunch of tigers fighting each other: scary, exhilarating, and you never know who’s going to be left standing at the end. Also, unless you know tigers and their markings very well, you’ll probably have trouble understanding who won and who lost anyway. That’s worth thinking about too.

So I’m channelling the three tigers point of view into my own life. There are lots of struggles, and they may seem unwinnable – and are certainly unpredictable – but it’s best to just roll with what comes, fight as hard as you can, and just see what happens.

All six tigers know it’s about hard work and focus. Because this is real life, and we’re not joking around. Even if we do spend a bunch of time musing on wordplay and tricking each other with tongue-melting tongue twisters. 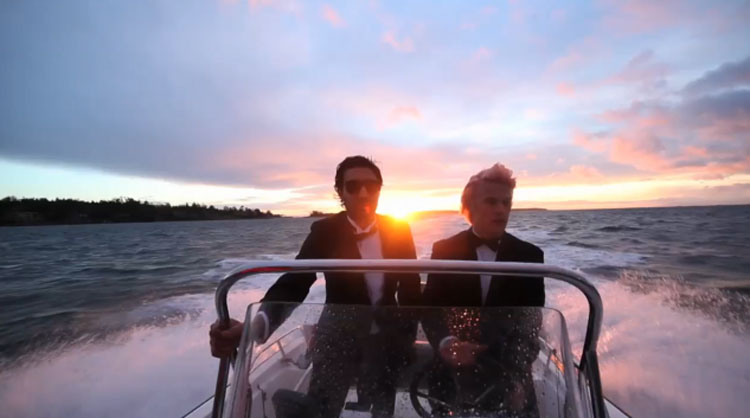 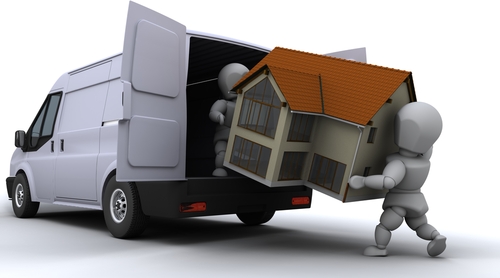 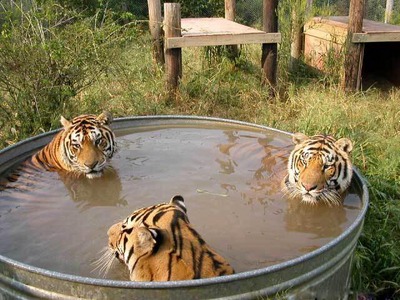 Three tigers on my 35th birthday 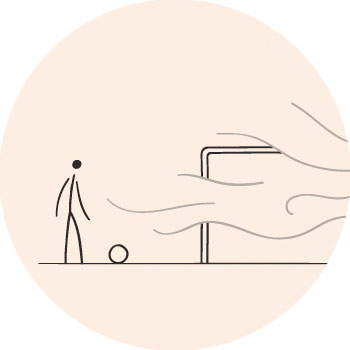 34 reasons to keep on keeping on