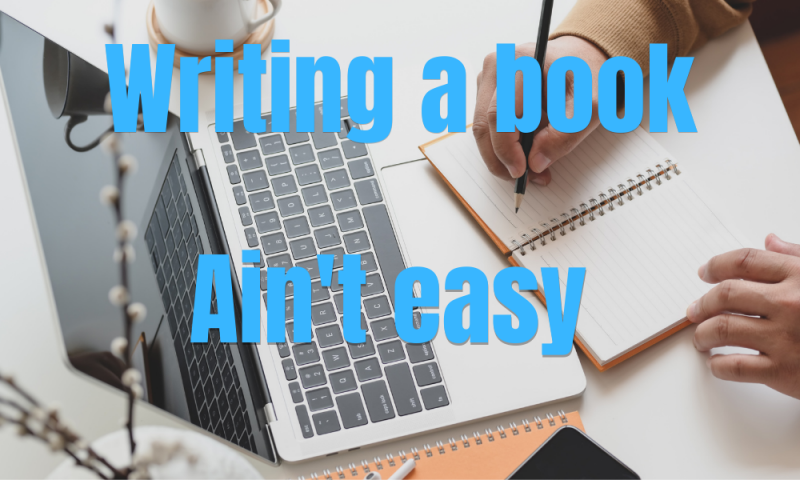 So… making progress on a book isn’t easy. I know this because five years ago when I wrote my first book I got very excited when the manuscript was complete. What then happened was I spent about half a year finishing it. This was entirely unexpected. I’d done a lot of blogging, in which the publishing process consists of clicking your mouse on a little button that says “publish”. That’s not how getting a book to market works.

It was a big learning journey for me as I discovered firsthand everything that goes into getting a book from written to published.

Getting a book from written to published

Now, five years later I’m a whole lot savvier. And I’ve taken that savvy and hard-won wiosdom into the process of publishing my second book. And yet, I find myself still a little surprised by how long things take to get done. And I’m making an additional discovery, something I didn’t have enough experience to discern the first time around.

The big journey from written to published isn’t just physical. It’s also mental. Of course, negotiating the world of editing, formatting, design, finetuning, proofreading, getting it online, shipping, publicizing and so forth is quite a lot. But it’s not the only thing.

The other battle or battles takes place inside. Getting a book into the world takes a lot of effort, and a lot of facing down of self-doubt and ennui. Here’s my current example.

I wrote my new book, The Confident Presenter, in September, basically. It took me just about a month. I was basically in a fugue state as I took the kernel of public speaking wisdom that I shared with past workshop participants and I expanded upon it and shaped it and grew it. It became a pretty damn good book-length manuscript.

Then I got some input from a few different editors and even ordered some illustrations from Fiverr. So far so good.

Then came the last round of edits, which I got about a month ago. It’s taken me until now to go through them.

And truth be told, I’m still not done. I haven’t ordered the cover or lined up a proofreader. I think maybe I needed a break. Just some time to reckon with the size and scope of what’s coming up next. (All of those other sets that help take a book from a thing that exists in your mind (and on paper) to a thing that exists in the world).

So that’s where it’s at currently.

My original plan, which was to launch the book in early December was, I realize now, pure ambitious folly.

So now I turn my attention to the present, and my self-imposed deadline to the new year. I plan to go through the next stages not at the speedy easy-flow pace that the writing was. But rather at a slow yet consistent pace, in order to make sure the book is available in January. And of course, that it looks great, is packed full of insights and wisdom (it already is!), and is available wherever you like to get your books. 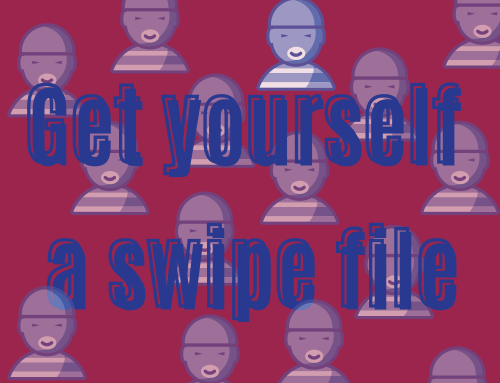 Get yourself a swipe file