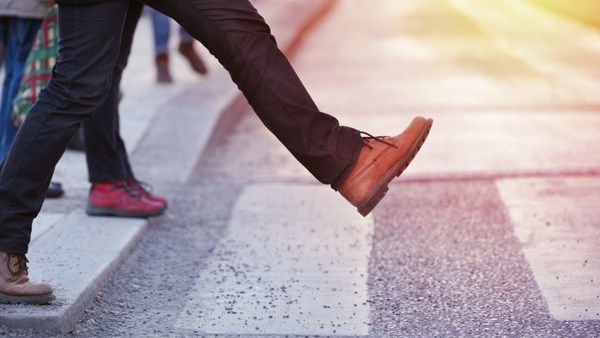 I’ve been pretty busy lately, with writing, performing and teaching. I’m travelling, but not too much. And I’m busy with a nice mix of creative projects I get a lot of enjoyment out of, and more straight-up contract gigs where I’m doing my thing as a freelancer. It’s a pretty sweet mix. So yeah, for the moment anyway, things are going pretty well.

In order to try and keep this trend rolling, I’ve been trying to get more professional about everything I do. This applies to both the ‘for fun’ and the ‘for profit’ activities. Besides, the longer I live this freelance life, the more my professional work and my creative pursuits are parallel, overlap, or are identical.

Of course I like to think that I’ve always been disciplined (to an extent) and worked hard. But I’m paying more attention to small aspects of the work, and how I present myself. I’d sum it up as “putting my best foot forward”.

Another way of saying it would be: “I’m getting my shit together.”

Getting that shit together

Because if you’re doing something, it makes sense to do it well. With integrity, both in your work, and also in how you present yourself. Now, I’m not just talking about having a fancy business card holder. Or even fancy business cards. But having business cards? A good idea. Or if you don’t have business cards, have a good reason why you don’t – and an alternative way for people to get in touch. Don’t just be “Oh, I forgot them. I’m waiting to get them made.” Or some such nonsense. This is definitely a case of not having your shit together.

And something I did recently. I forgot my business cards at home, got into a conversation where I could’ve used them, and presented myself as a competent, prepared and trustworthy collaborator, and instead looked like an amateur dipshit as I scrambled around trying to find a piece of paper to write my email on.

I don’t plan on making that mistake again.

Another example: I’m working on a corporate film. We need some actors for this film, and it’s a paid gig. I know some of my local Amsterdam actor friends would be both interested and suitable. So I put a call out. The range in responses I got was quite varied.

I got people who sent pixellated thumbnail photos, another who sent giant photos that got rejected by the producer’s mailbox. I got Facebook messages from people saying “well, I’m not really an actor, but maybe I could do this?” and other variations of the half-hearted Hail Mary.

And of course I also got professional packages of a selection of nice photos and updated acting resumes, and links to showreels.

I passed all of the people who responded along to the producer, as the decision-making is out of my hands. But it got me thinking more intently about how we facilitate our journey and career, and the work we do around what it is we want to be doing.

I guess if you’re not that invested in being an actor, not having professional photos or an acting resume makes perfect sense. So send an FB query, because you never know. Or if you don’t care about being accessible to potential clients, business cards aren’t a worthwhile expense. And so on. If it doesn’t matter to you, great.

But remember: if it doesn’t matter to you, why should it matter to the person you’re speaking to?

And if it does matter to you, do something about it. Get your goddamn shit together. So you can put your best foot forward next time you have the chance.

Of course, the possibility that you’re not all that good at that thing you do also exists, and thus all the professional presentation in the world won’t help you. (At least not in the long term). If you can’t act/sing/write/dance/juggle/carpent/DJ/paint, business cards or a website that say you can won’t make it so.

But if you are good (or at least committed to getting good), you owe it to yourself to present yourself in a way that demonstrates that.