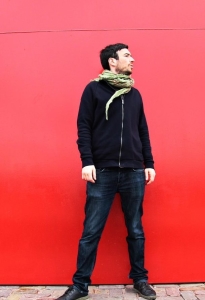 Ryan Millar is an Amsterdam-based improviser, storyteller, event host, actor, communications trainer, and writer. If that sounds like a lot to you, imagine how he feels.

But, as diverse as all of those activities might appear, they all fit into the field of creative communications.

From creating and performing shows, to developing and delivering bespoke educational programs (and even the work as a hired actor and editor) – all of it is about helping people communicate better. Whether it’s telling better stories, improving personal engagement, or just clarifying the message, it’s all about ensuring the message lands. Quality communication doesn’t just happen, it requires expertise and refinement.

His diverse work history includes work as an interpreter at the Vancouver Aquarium and the Vancouver Art Gallery, spending a year and a half as a tour guide in Rome (which inspired his first solo storytelling show Roman Around), even being a camp counselor – all of it has required Ryan to develop and leverage his dynamic interpersonal skills to achieve maximum impact. (That might sound like a bunch of buzzword-bingo jargon, but it’s the truth).

More recently, Ryan has focused on the written word. After graduating with an MA in Professional Writing from London Metropolitan University, Ryan has worked as a content editor, communications manager, and freelance. The goal is always the same: help clients sharpen their message, and then craft compelling prose and scripts. It keeps him busy, but he still makes time to host events, deliver workshops, and do the occasional acting gig.

As a performer and communications trainer, he has worked with clients including Apple, DG MARKT of the European Commission, Google, Virgin Media, Toastmasters Amsterdam, and Deutsche Bank. He’s part of the faculty of Guardian Masterclasses, running regular sell-out courses called ‘Learning to Love Public Speaking and Presenting’. He still occasionally performs with his friends at Boom Chicago.

As a writer, Ryan works as the Head of Content for Dutch travel startup Tiqets, as well as freelancing for a number of clients, including ING, Shell, Heineken, Renault, Microsoft, and a bunch of companies you’ve never heard of. An artist at heart, Ryan loves that he’s able to flex his creativity on professional projects. He also treasures being able to create straight-up passion projects.

Born and raised in Canada, Ryan has lived in many different cities (Vancouver, Rome, Brussels, and London – with a brief stint in Hawaii along the way). He’s now settled in the Netherlands for 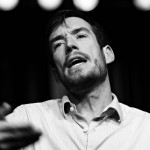 the foreseeable future. He graduated from high school in a small town called Summerland BC (an actual place) and received a BA in Communications from Simon Fraser University in Vancouver.

Along the way he also received an Acting Certificate from Gastown Actor’s Studio. It’s here where he first started improvising. In the nearly 20 years since he’s worked, taught and performed all around Europe and North America.

Sure, he’s busy, but not too busy to talk to you.